Monday - Friday: 9am-5pm
Closed: All QLD Bank / Public Holidays
Out of hours: 24/7 for emergencies only 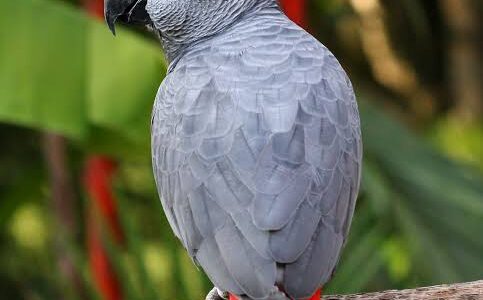 Our African grey parrot flew from his perch on the evening of the 16th of Sept. He was spotted the morning after on McLeod St, which the lady who photographed him has only just reported it to us, not far from where we live. It was raining that day for 3 days straight, so he wouldn’t have travelled far from the McLeod St/North Cairns area. He is attracted to people for food, though is shy of them. He can’t have gone far or for this long without being spotted, so I can now only assume he has been caught and is in the care of someone in this area.

He is a grey parrot with a redtail and is very recognisable. He is very strong bird and can hold his own with cats/dogs and other bird, so I do believe he is alive. He has got a mate who misses him dearly, so any information would be grateful appreciated.

I assume the great person who has him hasn’t seen an ad, as although we have been putting posters all around the streets and also on the lost and found on gumtree and Facebook, we haven’t been plastering it around in fear someone would look for him to take.

Please share this if you can to try to get it to as many people as possible, as I am sure he has been seen and is now in someone’s care.

Thank you so much